Nestled against a backdrop of the Alps, its clear waters are fed by glacial streams. It’s one of the region’s jewels in the crown and attracts vast numbers of both human visitors and wildlife. The reedbeds are home to marsh harriers, reed warblers and harvest mice, whilst the wet grasslands proudly display rare orchids and primroses. Rich in plankton and insect life, the waters are teeming with fish. These in turn attract migrating birds and other hunters.

The largest of the lake’s three islands is home to one of Germany’s most famous palaces, built in the 19th century by the King of Bavaria. And the ancient beech forests bear witness to an extraordinary nightly spectacle. Blue fairy lights flit around in the trees. They are the tiny larvae of the fungus gnat that spin delicate nets of silk to catch the spores released by a bracket fungus.

The Chiemsee is full of surprises. One day as a calm as a mirror, the next whipped into a frothing broth by hurricane storms. It’s also one of the wettest places in Germany, with regular flooding the order of the day. Some animals that live here, have evolved strategies to survive. Tiny ants form living rafts to carry their queen to safety. Others flourish in the rain – mosquitoes breed prolifically, 50 billion in some years. 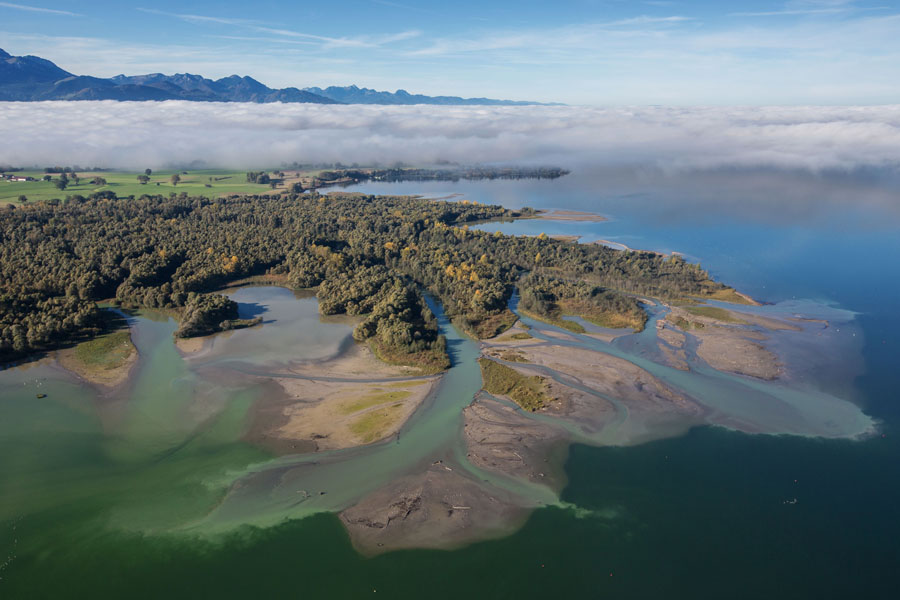 Chiemsee – A Sea in Bavaria 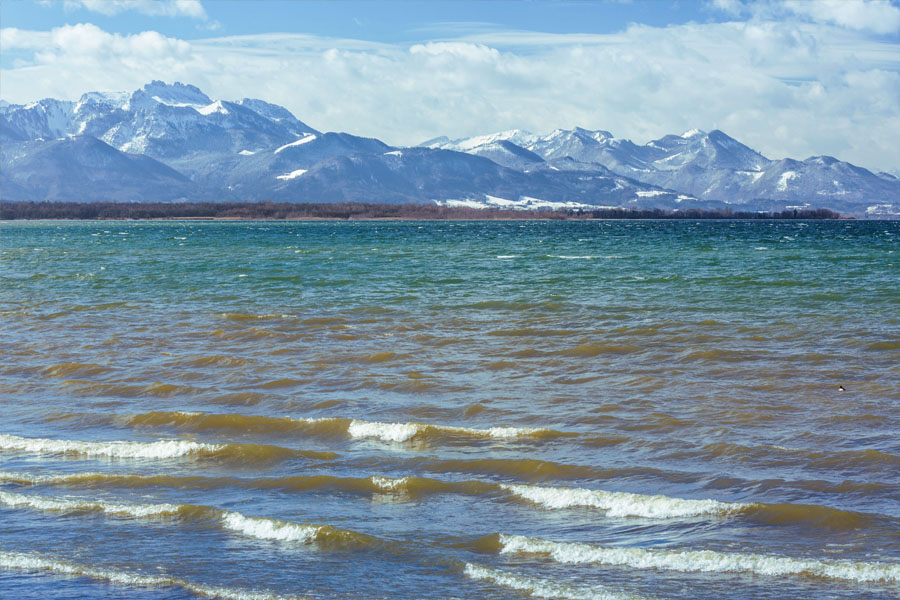 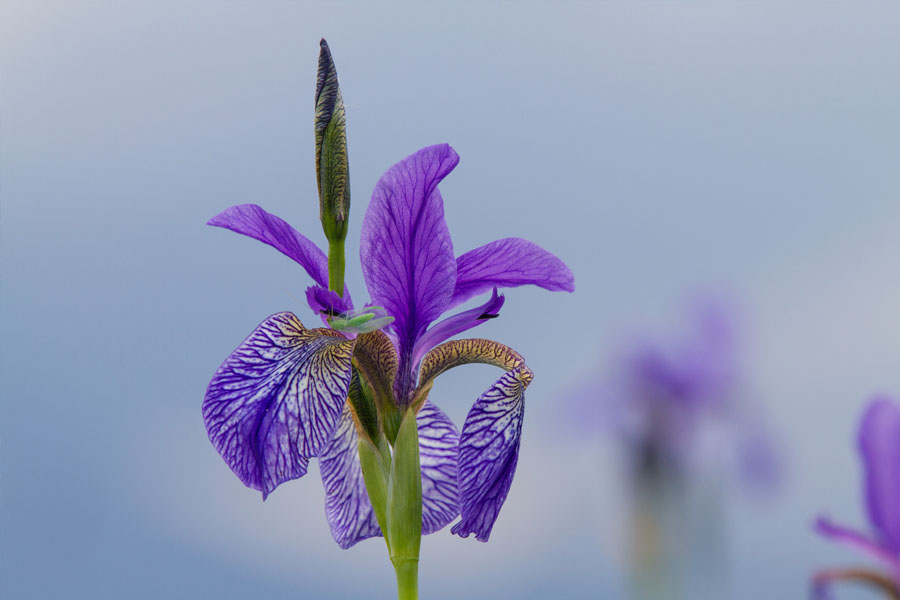 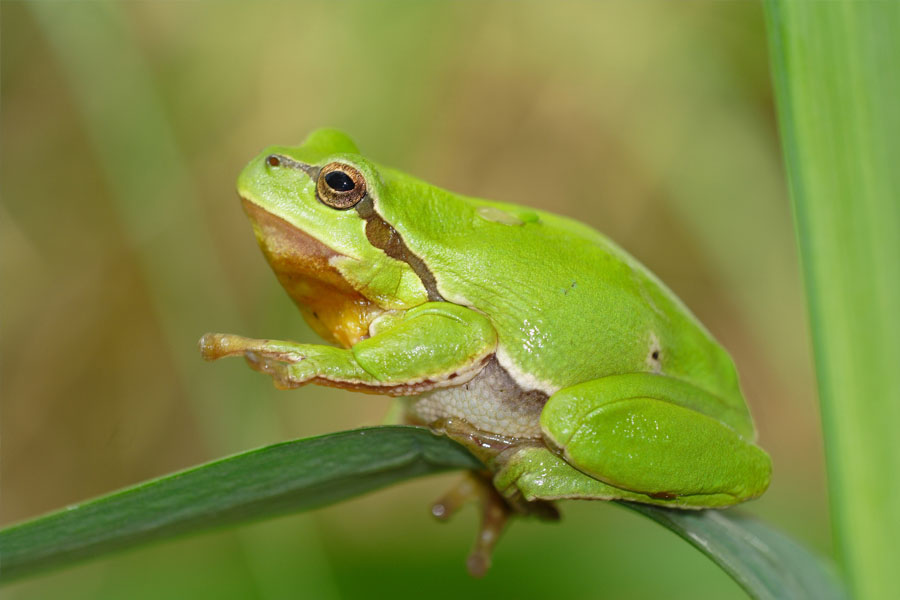 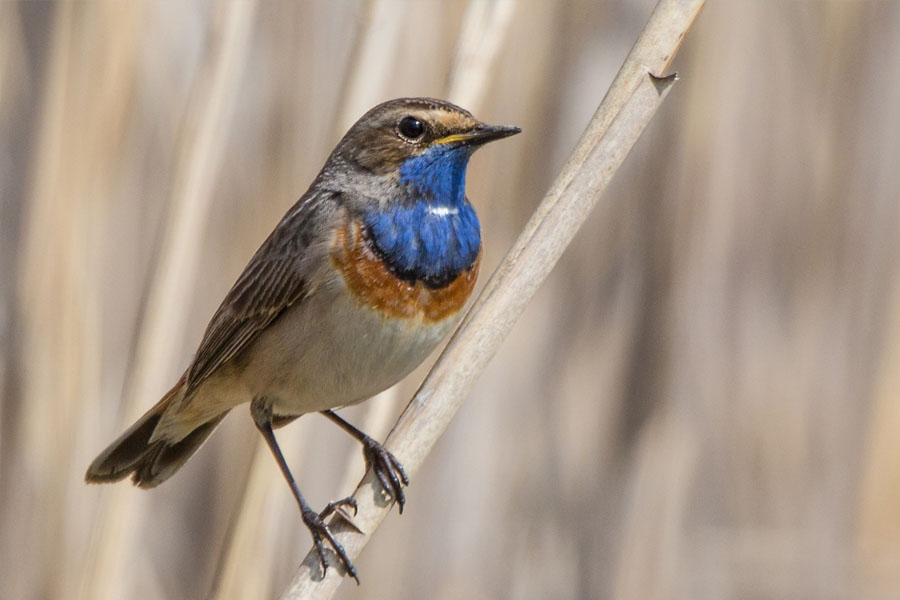 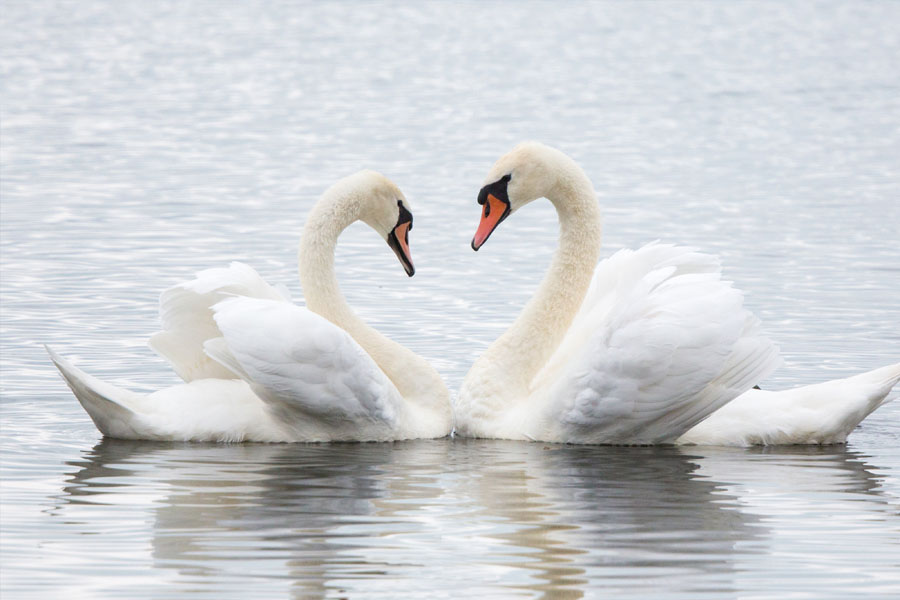 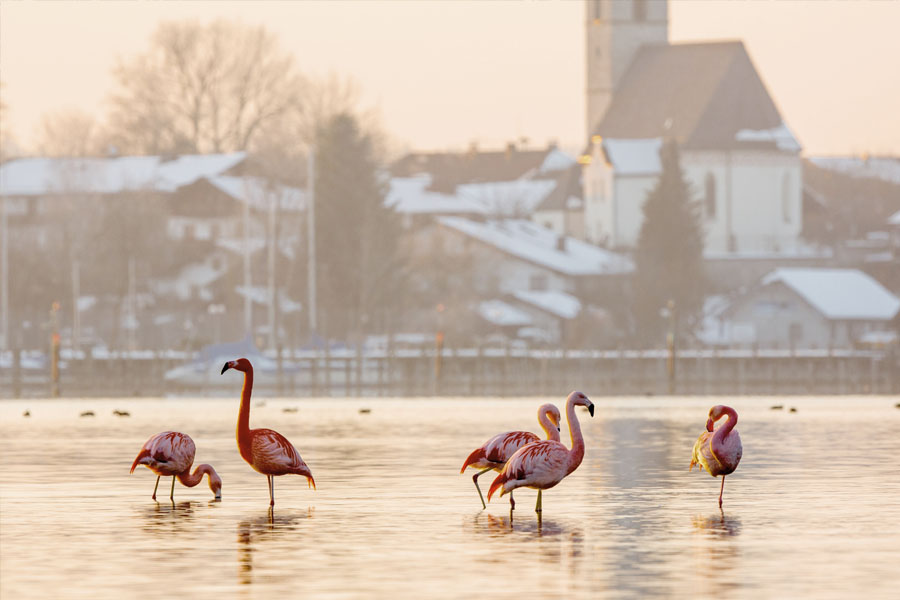 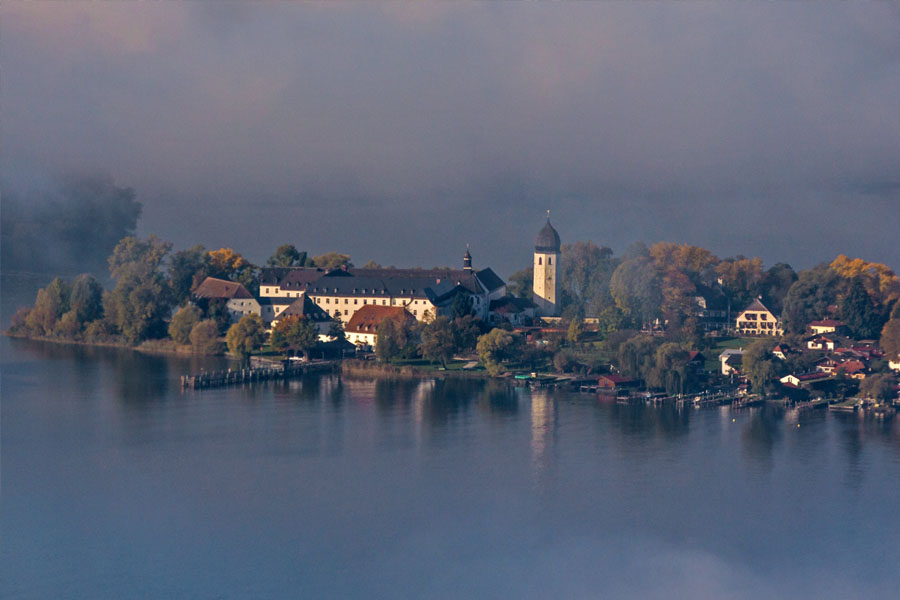