Even the quick kestrel can't escape when the golden eagle has it in its sights. The fox and the common raven may be more intelligent than the golden eagle, but if they aren't careful they might also end up as a meal for the young eagles in the eyrie. The golden eagle is an extremely crafty hunter: optimally exploiting all cover, it glides close to the ground over knolls and low hills along hillsides and attempts to surprise its prey from a short distance. When it spies prey, it swoops down onto it in a nosedive. The eagle has already killed the surprised prey before it even realises what is happening to it. However, the golden eagle has also mastered another very efficient and energy-saving hunting method: lurking on a perch, it attentively observes the environment, swoops down onto the unsuspecting prey and instantly kills it with its mighty claws.

This film guides viewers into the realm of the golden eagle. It accompanies the mighty hunters of the skies on patrols through the terrific mountain scenery of its hunting ground. The viewer is also right up close when the majestic bird, almost without beating its wings, glides over its realm of forests and canyons, suddenly stops and swoops down on its prey in a breathtaking nosedive.

The cameras installed in the gigantic eagle eyrie accompany the family life of the golden eagles through the summer until the young eagles leave the nest. At the same time, the documentary portrays the wild nature in the hunting ground of the eagle family and the animals and plant life that share their habitat with the "king of the skies". These are not only large animals like wild boars and bears. In the film even mushrooms and forest butterflies make an appearance, providing unprecedented fast and slow motion details of natural history, and allow the viewer to marvel at how diverse the interdependence of life forms is in the realm of the golden eagle, from the glow-worm to the "king of the mountains".

The recordings of only wild birds in their natural habitat make the documentary "King of the Mountains: Golden Eagles" an action-packed nature film, that nonetheless also guarantees poetic enjoyment of nature. 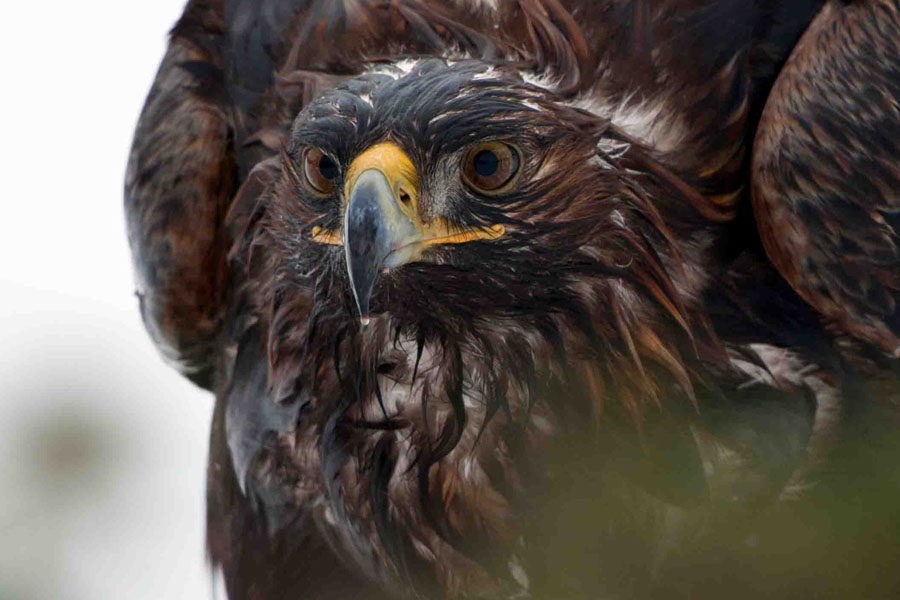 King of the Mountains – The Golden Eagle 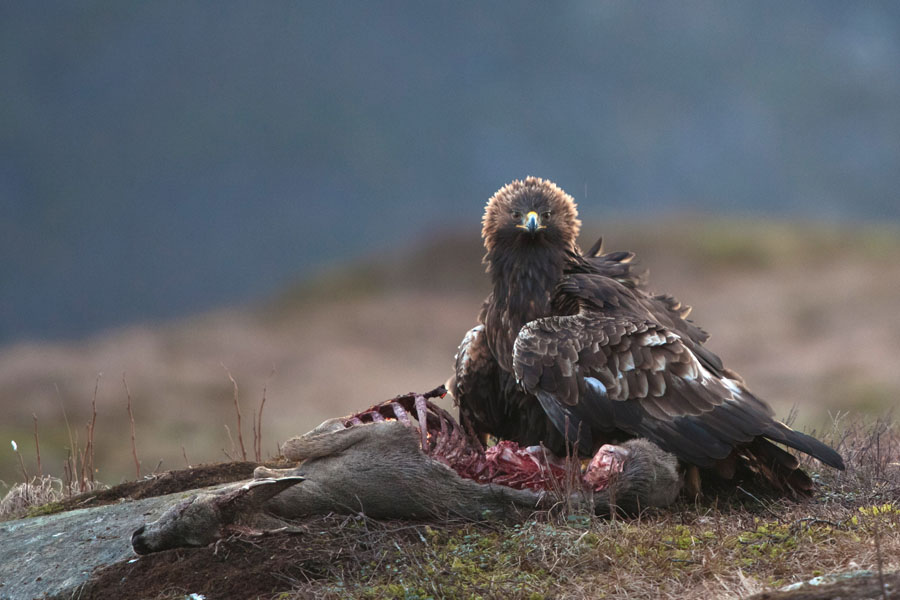 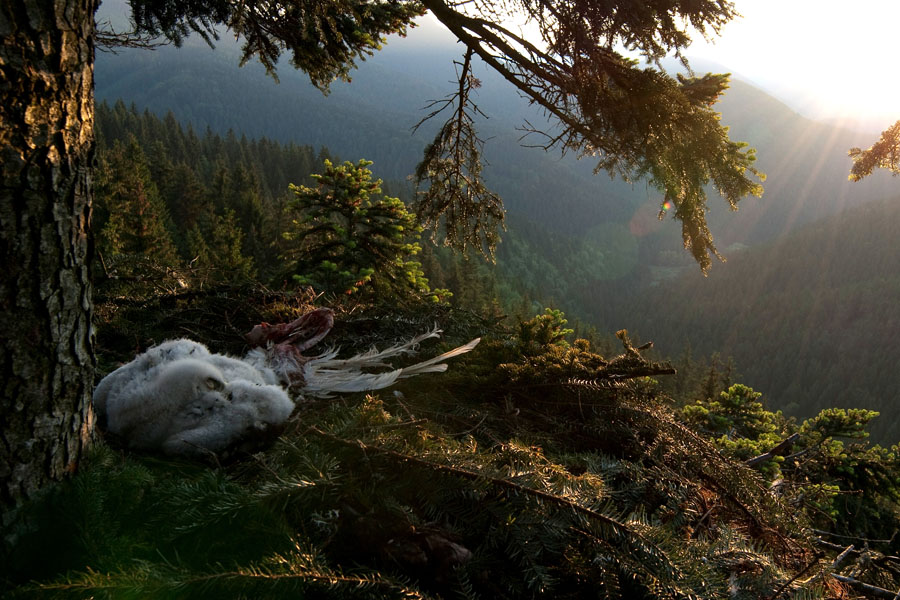 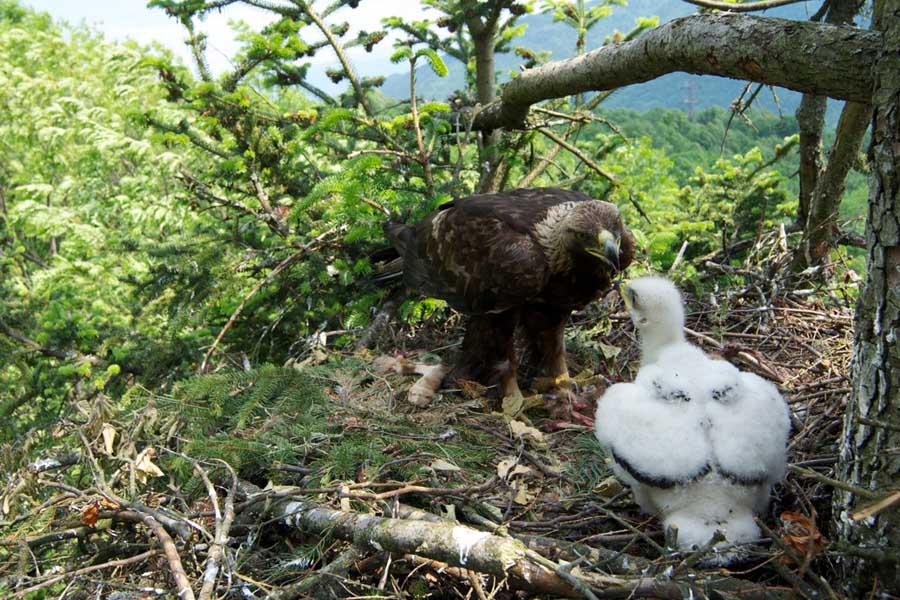