The wildlife filmmaker and zoologist Heinz Sielmann filmed small, large and rare animals and traveled to remote, corners of the planet. Like no one before, Sielmann showed the animals' everyday life: their search and fight for food, their mating behavior, their interaction with other animal species. With a lot of patience he waited behind trees or in bushes for the right moment to film the wild creatures. And if all that didn't help, he created the moment artificially.

For his early film "The Carpenters of the Forest" he prepard cut a tree trunk in 1954 in order to be able to film the woodpeckers better. The film ran with great success on the BBC and Heinz Sielmann was named "Mr. Woodpecker".

In autumn 2001 the NDR celebrated the 250th episode of this wildlife film series created by Heinz Sielmann, Jan Haft and Christian Roth had the honour to produce this episode and work together with Heinz Sielmann. 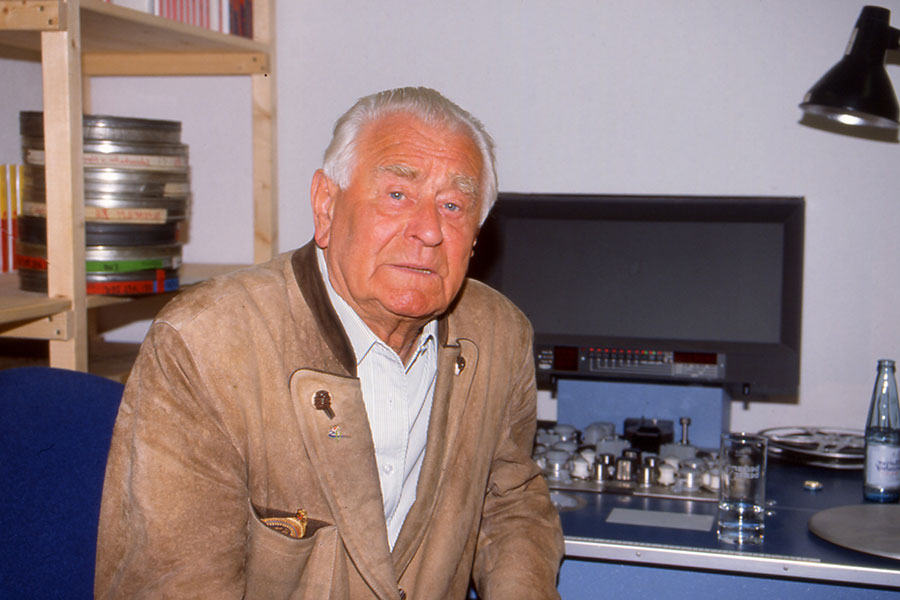